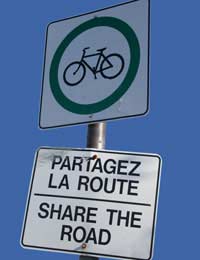 The German philosopher Goethe said that "The person who knows only one language does not truly know that language". In today's era of globalisation the ability to communicate fully in more than one language and culture obviously opens up a lot of opportunities that are not available to monolinguals. In addition, modern brain research is showing that bilingual children and adults have cognitive advantages that apply across the board, not just in language related tasks.

How to Raise Bilingual Children

There are a few different ways that parents can successfully bring up their children to be fluent in more than one language. In many families, each parent speaks only one language with the child. This can also work if a nanny or grandparent speaks to the child consistently in a language that is different to the one the parents speak. Other families speak a different language in different settings, for example a minority language at home and the majority language in public. There can even be an agreement to speak alternate languages every other day.

Interaction as well as exposure seems to be critical. Children don't usually end up knowing a language just from TV. They need a fluent speaker to talk to. It used to be thought that it was better for the child to master one language well before hearing the other, to avoid confusion, but nowadays most researchers don't believe that. Children's brains have a tremendous capacity to absorb different languages and differentiate them.

In immigrant families, a child may learn only the minority language at home. They may become fully bilingual after they start school and learn the majority language. But a common historical phenomenon is that such children later forget the minority language, or retain only a receptive understanding, without full speaking fluency. There may be many complex psychological and social reasons, such as embarrassment at feeling different from peers. Yet in many parts of the world, such as Scandinavia, Switzerland and India, multilingualism is universal and is promoted naturally both in homes and school systems from an early age.

Being bilingual actually seems to structurally change the brain. Intellect is related to the density of the brain's grey matter and brain imaging studies show that bilingual people have denser grey matter than monolinguals. The differences are most pronounced in the area of the left brain that controls language, but a similar trend is seen in the right hemisphere. The effect is more obvious the earlier that a second language was learned.

A brain scanning technique called functional magnetic resonance imaging has been used to study changes in the blood flow of bilinguals while they name objects or describe events in different languages. People who were bilingual from an early age rely on the same critical patch of brain cells for both languages. Those who learned a second language later in life recruit a different segment of the brain for their second language. Apparently children use parts of the brain that are no longer accessible in later life.

Children's brains have tremendous plasticity. This means that they are incredibly flexible in adapting to new requirements such as new grammar and sound perception. Infants actually perceive sound differently to adults. They seem to be hard wired to pick out speech type sounds from any others. A fascinating experiment involved a speech synthesizer that gradually changed the sound "b" to "p". English, French and Spanish speakers heard a clear and sudden leap from one sound to the other rather than a gradual change. But they perceived the leap as occurring at different points along the continuum. They actually perceived the same sound differently. Speakers of Thai heard three categories of sound in the same experiment! It seems that sounds that are useless in our native languages are pruned out over the early years and our brains from then on are only "naturally" receptive to those that we keep on hearing

Many studies support the idea that the "mental muscles" developed by bilinguals serve them well. The "Simon task" is a research tool that helps to assess how we think. It doesn't involve language and requires subjects to report whether rapidly changing coloured squares appear on the centre, right or left of the screen. In studies using this test, bilingual children far outperformed their monolingual peers.

Studies of bilingual elderly people have shown a lower incidence of cognitive decline than that seen in monolinguals. It seems that the enhanced computational demands of processing two language systems pay off. The brain has been trained to attend to the meaning of each word and concept in one language, while suppressing the meaning in the other. This ability seems to make bilinguals better than monolinguals at multitasking, even when the tasks don't directly involve their language skills. So if you are able to give your children the tremendous gift of two languages or more, that may be a great way of improving their brain skills for life.