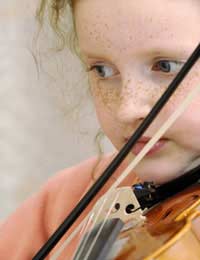 When Dustin Hoffman starred in the 1989 Hollywood movie Rain Man the "autistic savant" was suddenly transformed from being a rare disability that few people had heard of into a familiar household term.

In fact the term savant syndrome is preferable to "autistic savant", as only about 50% of people with savant syndrome actually have autism. The others have a different cause of severe mental disabilities coexisting with some outstanding talent or ability. The "island of genius" is always linked to incredible memory capacity, and may involve musical, artistic, mathematical or mechanical talents. It is all the more remarkable as it exists within a sea of mental handicap.

The first recorded case of savant syndrome was the severely mentally handicapped Thomas Fuller, in 1789, who displayed remarkable lightening calculating abilities. When asked how long a man had lived who was 70 years, 17 days and 12 hours old, he gave the correct answer after 90 seconds, even correcting for the 17 leap years! Yet apart from this astounding ability, Fuller was able to "comprehend scarcely anything."

The term "idiot savant" was introduced in 1887, as at that time idiot was the term for anyone with an IQ of less than 25. "Savant" is derived from the French "savoire", meaning "to know". In fact, almost all cases occur in people with IQ over 40, and the current term savant syndrome is more accurate as well as being less offensive.

How Common Is It?

About 10% of people with autistic disorders have savant abilities, and in the non autistic population, including those with mental retardation, the prevalence is less than 1%. It's much more common in men than in women.

Some Examples of Savant Abilities

Impressive mathematical abilities that savants possess often include lightening calculation. Calendar memory is sometimes seen, whereby the savant is asked a question like what day of the week was January 14th 1973? and can give the answer within seconds. At the 1964 American Psychiatric Association Annual Meeting, two autistic identical twin brothers were presented who had a calendar calculating span of over 40,000 years backwards and forwards. Others can multiply and divide huge numbers and calculate square roots in their heads, yet often have difficulty with simple arithmetic and are unable to accomplish simple mathematical transactions in daily life, like counting out change in a shop.

Some savants are incredibly talented artists and musicians. For example, the successful artist Stephen Wiltshire is a savant, with autism. He has been filmed completing a highly accurate and detailed sketch of London covering 4 square miles, 12 major landmarks and 200 other buildings, all drawn to scale and perspective, after observing it all during a helicopter ride that only took 12 minutes! Musically talented savants often have perfect pitch and remarkable musical memory.

Some savants have remarkable mechanical or spatial skills, like the ability to construct complex and detailed models, or to measure distances very precisely without instruments. The real savant who was the inspiration for Dustin Hoffman's character in Rain Man had memorized over 8600 books and possessed encyclopedic knowledge of geography, music, literature, history and sports. He also had a fascinating ability to read extremely rapidly, scanning one page with the left eye and the other with the right simultaneously.

Inside the Savant's Brain

Many researchers believe that the underlying cause of savant syndrome is left brain injury with right brain compensation. Brain imaging with CT, PET and MRI scanning often shows evidence of left brain deficits or damage in savants. The theory is also backed up by cases of acquired savant syndrome, where savant abilities appear after damage to the left side of the brain, either following trauma like a fall or gunshot wound, or after the onset of dementia that particularly damaged the left brain. The savant mentioned above, upon whom the Rain Man character was based, was found on MRI to have substantial brain damage, including entire absence of the corpus callosum, which normally connects the left and right hemispheres of the brain.

Research Directions – Can We All Find Our Inner Savant?

Ever since the existence of this remarkable syndrome was first recognized, people have been fascinated by how such prodigious talents can coexist with severe disabilities within the same individual. In recent years, researchers have begun asking whether they can reveal savant like abilities in healthy volunteers if they temporarily immobilize parts of the left brain with a technique called Repetitive Transcranial Magnetic Stimulation. In some people, there was an improvement in savant type skills, like drawing and proofreading, but the improvements were not dramatic, and did not occur in everyone. Some subjects even experienced temporary short term memory loss afterwards.

The existence of savant syndrome remains a conundrum that fascinates us and challenges our understanding of what the human brain is capable of.

Music Therapy
Share Your Story, Join the Discussion or Seek Advice..
[Add a Comment]
Hi My son Max 7 who has ASD has Savant syndrome too as he is genius in mental maths .I don’t know whom to turn to help my son to progress? KR Dr Barakova
Max - 5-Jul-19 @ 6:44 PM
That's so cool I would be more impressed if you told me you spoke with other individuals while you were sleeping or even comprehend that there are other individuals while you dream that are not you... Later bye...
Aawwmmm - 20-Aug-17 @ 6:22 AM
I've been able to dream the future since I was a child. Others have always told me it's just deja vu or they'll congratulate me on having a grand imagination and disregard my words, only for something I've claimed would happen to happen and then be told it's coincidence. I've hidden it for thirty years because I was afraid that I was deluding myself. Unfortunately, I'm not. Want to know more? So do I.
Soulless - 23-Aug-16 @ 8:25 AM
I have Aspergers & 5 years ago suffered a TBI whhich radically changed me and "unlocked" some interesting things.I never passed a language course before yet afterwords learned four bronze age languages, two cunieform based and am now an IT security consultant though I have zero training in either security or IT. I dont have the vaguest clue how to handle or manage it.Any ideas?
Prometheus - 1-Jun-15 @ 7:10 AM
Doing term paper on savant syndrome it is a subject that simply amazes me, the power of the human mind.
SEEKER - 21-Sep-11 @ 7:21 AM
Title:
(never shown)
Firstname:
(never shown)
Surname:
(never shown)
Email:
(never shown)
Nickname:
(shown)
Comment:
Validate: