What is Asperger's Syndrome? 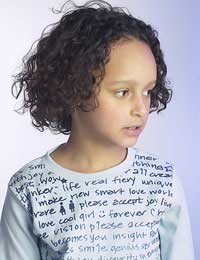 "A dash of autism" is how Uta Frith, an eminent psychologist and an expert on the subject, has described this condition. It's the highest functioning end of the autistic spectrum, and was only officially included within the definition of autism in 1994.

Like other autistic disorders, Asperger's syndrome has probably been around as long as humans have. But it was first recognised as a distinct condition by a Viennese doctor, Hans Asperger, in 1944. He observed a number of little boys with normal or above average intelligence and language skills, but poorly developed social and communication skills, motor clumsiness and some other features in common with autism.

It took another 50 years before the syndrome was included within the official definitions of the autistic spectrum. Until recently, people with Asperger's (as with other autistic disorders, mostly boys) may have passed their lives being seen as simply absent minded, shy, socially inept, clumsy or geeky. Some exhibit brilliance in particular areas of endeavor, such as art or science and society is then even more inclined to regard such individuals as merely being eccentric geniuses.

In Asperger's syndrome, individuals usually want to socialise and make friends, but they tend to lack the ability that the rest of us take for granted to interpret non verbal body language and facial expressions and to respond appropriately. They often fail to meet the eyes of whoever they're talking to, a simple but essential part of normal social interaction, which most of us do automatically, without ever thinking of how it cements our interactions.

We can usually tell whether someone is upset or excited, just by their tone of voice, and grasp whether they're interested or bored by the way that they sit. But the Asperger's child may seem to be "walking to the beat of a different drum", unable to decode the actions of others, or to know how to respond.

The associated physical clumsiness may also add to social problems, and children with unrecognised Asperger's may end up becoming the butt of playground teasing or bullying for all of these reasons. Their lack of both conformity and social competence unfortunately makes them easy targets.

Language development seems superficially to be normal, with developmental milestones reached at a normal age, and vocabulary is very rich, so the child sounds like a "little professor". But instinctive understanding of the nuances of language is missing, and words are only used over-literally, without a grasp of abstract concepts, jokes and metaphors. The child may be bewildered and scared by a phrase like "he bit my head off", which other children of the same age would instinctively understand.

A person with Asperger's may also use their fluent language skills in a socially inappropriate way, going on and on about a subject irrespective of non- verbal clues that the listener is bored. But casual chat and small talk is often beyond them.

Thought is usually very concrete, and play lacks the creativity and imagination that is characteristic in other children as they explore the possibilities that the world holds.

Characteristically, Asperger's children excel at facts and figures, and often develop interest in a specific subject that may become an obsession, for example they may memorise train timetables or the distances of all the planets from the sun. On a positive note, the preoccupation may lead to success in a specific career in adulthood. Throughout life, there is usually a need for routines and distress when they are changed.

What are the Causes?

As with all autistic disorders, we know with certainty that this syndrome is definitely not caused by poor parenting, or by MMR vaccinations.

There's less certainty about what the causes are. They probably include genetic factors, as the syndrome runs in families. What environmental agents may affect the developing brain to cause this relatively subtle deficit is as yet unknown.

Early diagnosis can be vital in helping both Asperger's children and their parents to cope best with the condition. As the problems of an affected child are relatively subtle, they may not be detected early, and parents may end up blaming themselves or their child for their odd behaviour, while the child does not receive the help he needs.

This help may involve specific educational intervention involving active teaching of social skills that other children acquire automatically. Just as a normal child can be taught to play the piano, with a mixture of theoretical explanations, and practice exercise, a child with Asperger's syndrome can be taught how to improve his social interactions.

In some cases, medication may help with specific problems, like anxiety leading to rigidity, obsessions and irritability. When good support and appropriate education is available, it greatly improves the chances that a child with Asperger's syndrome will go on to have happy and successful relationships, families and careers, all of which they can do, even though it may be harder for them than for others.

Leading scientists at Cambridge and Oxford Universities have recently suggested that two of the greatest scientists ever, Einstein and Newton, may have exhibited features of Asperger's syndrome. If they are correct, this would clearly show how people with Asperger's syndrome can excel if they find their niche in life.