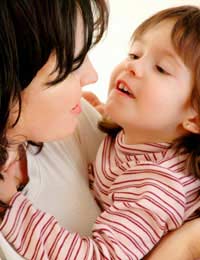 Autism has been a mysterious condition for years. Parents and doctors have always been baffled and horribly distressed when a young child who has previously seemed quite normal, begins to withdraw from social interactions, becoming unreachable to loved ones, and to the usual cares and concerns of the world.

Perhaps it is this frightening and mysterious element to the condition that has spawned a history of theories of causation which have later proven to be so dramatically and utterly wrong. Even worse, the existence of these wrong theories has led to untold damage both to autistic children, their families and many others.

In the 1960s, Dr Bruno Bettelheim made the notorious suggestion that autism is caused by emotionally distant parenting. The terms "refrigerator mothers" and "absent fathers" were coined. The idea was that even outwardly conscientious parents for some reason resented the very existence of their children, and the children, picking up on this, were so psychologically damaged, that they developed autism. These theories were later totally rejected by all the experts, but the currency that they enjoyed for several years caused untold suffering to loving parents, who were not only struggling to come to terms with a diagnosis of autism for their children, but were also being blamed for causing it.

Nowadays there is consensus that parental behaviour plays no role whatsoever in causing autism. For example, there are a number of incidents of horrific childhood abuse and neglect which nevertheless did not lead to autism developing. So modern scientists argue that certainly any parents who do not neglect and abuse their children cannot be blamed in any way for causing autism.

Nowadays, Betelheim's theories are not only viewed as wrong and damaging, but his "treatment" of autistics is seen as bordering on abuse. After his suicide in 1990, a number of claims emerged of sexual and physical abuse of patients in his care, as well as a large body of damning evidence suggesting that his entire career was founded on lies, shoddy research and falsified credentials.

In 1998, a London doctor, Andrew Wakefield, published a paper claiming to show a link between MMR (measles, mumps, rubella) vaccination and autism.

By so doing, he joined Betelheim in the ranks of those making false claims about autism, based on shoddy research.His wrong theories have already, like Betelheim's, caused a lot of mental suffering to the parents of autistic children. Even worse, children have died and suffered severe permanent damage as a direct result of the drop in vaccination rates following the MMR scare.

On a scientific level, there is absolutely no controversy. There have been lots of very large, very reliable trials that have proved quite conclusively that MMR does NOT cause autism. All the scientists, doctors and experts on the subject around the world agree about this. Other researchers have repeated Wakefield's original experiments, but more carefully, and found that he apparently misinterpreted his results. The Lancet journal, which printed the original paper in 1998, has retracted it, as have most of the original authors. The GMC (General Medical Council) of the UK is currently in the middle of proceedings to strike Andrew Wakefield off the medical register.

But the problem is that the media always want a good story and love the idea of a whistleblower. So even though the claims are quite clearly false, over the last 10 years, there's been a press furore presenting the issue as if both sides have equal weight and the public has got scared. Vaccination rates have dropped and diseases that we'd almost forgotten, like measles, have had a resurgence, leaving children dead and permanently disabled. Parents of autistic children have again been unfairly made to feel that they are somehow to blame.

In the meantime, large amounts of money, and research time has been devoted to refuting MMR as a cause for autism, rather than looking into other causes that may be more plausible.

What DOES Cause Autism?

So it's not bad parenting or vaccination, but what is the cause? The short answer is that we really don't know. Genetics and environment probably both play some role. It's clear that there's no single gene, but it may be that people with a few specific genes interacting together are at high risk of getting the syndrome. Different genes may even cause different types of symptom behaviour. Or the affected genes may control brain growth and regulate how the nerve cells communicate with each other, with genetic defects causing disruption of normal brain development early in fetal development. Some studies have suggested that autistic people have abnormal levels of brain chemicals called neurotransmitters, which nerve cells use to communicate. These include a substance called serotonin, whose levels can be raised by drugs like Prozac, and there is some evidence that low doses of Prozac can help to improve some of the symptoms of some autistic individuals.

So although past theories of autism have led up such damaging blind alleys, hopefully future research will bring both better explanations and lead to improved treatment strategies.