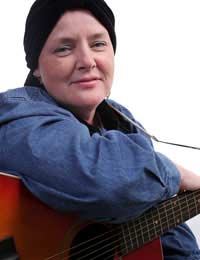 In ancient Egypt and Greece sound and healing were seen as both sacred and intimately connected. The Greek deity Apollo was believed to concern himself with both music and medicine. Nowadays, there is a growing body of evidence that suggests that the ancients had it right. It seems that music can indeed have profound therapeutic benefits in a wide range of situations.

What is Music Therapy?

The underlying theory is that all humans, irrespective of musical training or talent, have an innate appreciation of and response to music. Illness, injury or handicap do not usually impair this ability and great benefits can be derived from tapping it. Trained music therapists use both listening to music and music making within therapy sessions, with the goal of creating a safe, secure space for release of feelings, self expression and enhanced wellbeing, both emotional and physical. Music may help to develop relationships and address issues in a way that patients may be unable to using words alone.

Who Can Benefit From It?

Music therapists around the world work in a huge variety of settings, with both children and adults of all ages. Some examples of conditions where music therapy has proved successful include learning disabilities, behavioural problems like ADHD, emotional problems, psychiatric disorders like schizophrenia, chronic pain, Alzheimer’s disease, terminal illness such as cancer and premature babies.

In some of these cases, such as premature babies undergoing painful procedures, simply playing music in the background seems to have a calming effect, lessening crying. In an approach known as neurologic music therapy, the music is seen as having an actively therapeutic effect on the brain. In the rehabilitation of stroke victims, music with a strong rhythm can help the patients relearn walking skills. Walking is an intrinsically rhythmic movement and patients may feel that as they fall into the rhythm of the music it carries them, helping to retrain the nerves and muscles.

How Does Music Affect the Brain?

Some researchers believe that music with a strong beat can actually stimulate brainwaves to resonate in synchrony, which seems to explain why slow music can have a calming effect while rapid beat can sharpen concentration. Some of our automatic functions like breathing and heart rate are controlled subconsciously by our brains and there is speculation that by altering brainwaves, music can also impinge on these automatic functions, accounting for the slower breathing and heart rate that appear as we relax with calming music. On a level that is easier to understand from our personal experience, music can be both provocative and evocative when it comes to mood and state of mind. Most of us are familiar with the strong emotions that certain music can conjure up – the song they were playing the first time you danced with your lover and the background music as you split up later will probably always provoke powerful and very different emotions even if you hear them years later.

In 1993, researchers found that listening to Mozart improved mathematical and spatial reasoning in college students. The results of the study received a huge amount of coverage in the popular press and spawned a whole industry of musical material compiled supposedly to specifically enhance childhood intelligence. In fact, later studies often failed to replicate the initial results, but these studies received less press attention and the Mozart effect, though perceived in the scientific world as controversial, is still firmly implanted in the public consciousness. In fact, ironically, the group mainly targeted commercially is preschool children, in whom no studies have actually been performed. Yet music therapy, including Mozart has in fact been shown quite clearly to benefit other groups, for example, Alzheimer's patients who perform better on spatial and social tasks after listening and epileptics, whose electrical brain activity is lessened. There is controversy over whether the benefit is derived from some specific quality of Mozart's music that stimulates the brain or from the overall relaxation and mood enhancement derived from listening to great music.

In recent years, a new therapy for insomnia has been developed by Canadian researchers. It's called brain music therapy and studies have shown that it seems to help people relax and improves their sleep quality. The researchers studied each patient's brain waves, to see which sound patterns create a meditative condition. A music therapist or a computer programme then selected unique healing music, specially tailored to recreate those same meditative brain wave patterns when the person was trying to sleep. The "brain music" did indeed seem to help insomniacs to relax and drift off to sleep, without any of the unwanted side effects of a sleeping pill.

Apollo would have been proud to see what his spiritual heirs are coming up with in combining music and medicine!