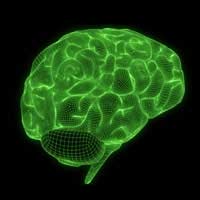 Mr H is a middle aged man who suffered head injuries twice during childhood. When he touches a picture of a person without looking at it, he says that rapid images of that person flash before his eyes. Under laboratory conditions he was given 3 sets of 10 pictures face down, and asked for his impressions. When family members were asked who Mr H was describing, by chance alone they had a 1 in 10 chance each time of identifying the subject. But his descriptions were so accurate that in fact they identified between 6 and 8 of the specific people.

There have also been attempts to study telepathy in a scientific way, whereby one person is asked to mentally transmit one of four pictures to another person. Experimenters say that the receiver correctly identifies the image one third of the time, not one quarter of the time, as chance alone would dictate.

Claims of experiences and abilities that are beyond the realm of the natural world are as old as humanity, and have existed in every culture. They include encounters with ghosts, spirits, angels and fairies, alien abduction, telepathy, telekinesis, and foreknowledge. The attempt to examine, test and quantify such claims is relatively recent, and many paranormal claims have not stood up to controlled conditions as well as the examples above did.

Epilepsy and the Paranormal

A type of epileptic fit called a complex partial seizure occurs as a result of abnormal electrical activity in a brain region called the temporal lobe. It's been known for decades that people who suffer from this type of epilepsy also report paranormal experiences more frequently than most. Especially in the era before epilepsy could be well controlled and prevented by drugs, there were reports of out of body experiences, sensed presence of a sentient being and time distortions taking place during seizures. Similar sensations have also occurred when surgeons directly stimulate certain areas within the temporal lobe of the brain. The hourly incidence of temporal lobe seizures was measured in the 19th century before there was epilepsy medication.

Modern researchers have suggested that there are correlations between these century old results and the circadian distribution of reports of sensed presences. So overall, the neuropsychologists seem to think that the temporal lobe of the brain is a key player in paranormal experiences. Even if you're not epileptic, the more sensitive your temporal lobe is, the more likely you are to experience the paranormal. If you've got a lot of electrical activity going on in a part of the temporal lobe called the amygdale, then you're most likely to infuse sensory experience with enhanced meaning.

Geomagnetism and the Paranormal

Bereavement apparitions tend to occur as a disruption to dream sleep about 3 days after the death of a loved one. As far as brain chemistry goes, they correlate with some chemical changes like increase in a hormone called CRF (corticotrophin releasing factor.). Remarkably, there's also a well established link to slight alterations in global geomagnetic activity. The association has been reported since the 1930s, and increased geomagnetic activity can even be used, quite accurately as a predictor of sleep disruption and paranormal experiences. Unsurprisingly perhaps, there is also an increase in the incidence of epileptic seizures. The shifts in magnetic field strength may decrease night time levels of a sleep hormone called melatonin, and increase CRF, all of which may help set the stage for seizures or paranormal experiences in people with sensitive temporal lobes. Some researchers have measured unusually strong or fluctuating magnetic fields in places that are said to be haunted, and this has been proposed as a rational explanation for ghosts.

Infrasound and the Paranormal

Infrasound waves are pitched so low that the human ear can't hear them. But some experiments have suggested that they can be perceived in some subconscious way and cause feelings of nervousness and sensed presences. In one case, a fan in an apparently haunted house was found to be producing a low frequency sound wave. After the fan was fixed, the experiences of haunting disappeared.

Phenomena like the ghost that turned out to be a fan are immensely satisfying and reassuring to skeptics who believe that all paranormal events can eventually be explained rationally. But unexplained events and experiences have been part of the human experience for millennia, and to lots of people they are very real, and doubtless will remain so, no matter how much the scientists talk about temporal lobe sensitivity. In fact, modern methods of checking paranormal claims, like those of the psychic Mr H, sometimes provide surprising results. Indeed, Mr H could have been justified in quoting Hamlet to his investigators - "there are more things in heaven and earth than are dreamt of in your philosophy…"