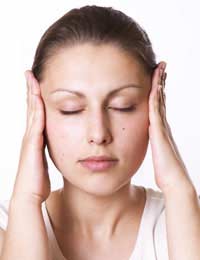 Have you ever wished that you could read someone's mind or had the uncanny feeling that someone else knew just what you were thinking? Telepathy, or the transference of thoughts from one mind to another without use of the standard five senses, is a common theme of fantasy and science fiction.

Vulcans like Mr Spock in Star Trek have to be able to touch someone in order to read their thoughts, while others can enter the minds of whoever they choose, irrespective of distance. In some cases, uncontrollable telepathic powers are seen as a curse, as the constant bombardment by everyone's mental static becomes overwhelming. Some people believe that in reality some or all of us already possess telepathic powers, whether we are aware of them or not.

Accounts of apparently telepathic incidents have abounded since ancient times, classic examples being people having sudden, persistent thoughts or worries about a relative who is typically far away, only to discover that the relative took ill or died at around the time the thoughts occurred. Less dramatic examples include receiving communication (nowadays by phone or email, in past times by letter) from someone you've just been thinking of. These incidents often don't carry such heavy emotional connotations as those in which disaster accompanies the apparent telepathy and therefore are more easily forgotten. Such accounts, however impressive, are what is known scientifically as anecdotal evidence, meaning that the incidents are one offs, not reproducible and not occurring under controlled conditions.

Telepathy Under the Microscope

Many studies have been performed by psychologists and other scientists around the world to try to test telepathy under controlled and scientific conditions. A well known technique involves five cards called Zener cards, each of which has a distinctive, black and white symbol on it. A sender selects a card randomly and visualizes its symbol, while the receiver, who is in another room, records which card he thinks has been picked. Other techniques involve similar separation of two people and attempts to transmit information.

In general, when these experiments have been well designed and performed, results have been little different to those expected by chance, a disappointment to those who are hoping to see evidence of telepathy. But one British scientist, Cambridge educated and funded Rupert Sheldrake, a biochemist and plant physiologist, disagrees with the scientific establishment consensus. He is a voluble, charismatic and persuasive believer in the power of our minds, which he believes manifests itself by a technique he calls "morphic resonance". He believes that around 80% of the population claim to have had some variation of the experience whereby someone they were just thinking of phones them, and according to Sheldrake, his experimental results back this up. He told volunteers to choose 4 close friends or relatives, and then to sit by the phone, and attempt to determine which is going to call just before answering the phone. About 40% of the time, they guessed right, which is better than the 25% result you'd expect if chance alone were operating.

Sheldrake also believes he can prove that we have the ability to telepathically detect people staring at us from behind, and that pets who go to the door to anticipate their owner's arrival are actually using telepathic powers. Conventional scientists tend to disagree and Sheldrake has participated in a number of controversial public debates on these subjects.

What do the Sceptics Say?

Most scientists do not believe that convincing evidence for telepathy exists today. Parapsychology research has been around for about a century, and in general the only experiments that have yielded impressive results have later turned out to be badly designed or even fraudulent. The current persuasive and intelligent advocate of telepathy, Sheldrake, is generally acknowledged to be a serious scientist, and is not accused of faking anything, but critics believe that his unprecedented results arise from methodological flaws and "messy experimental design". For example, in one of the telephone series, the subjects lifted the receiver before making their choice, allowing possible clues to the caller's identity from the quality of the line. Critics have suggested that call timing could also have tipped them off. If the subject knew his callers well, he also knew how punctual each would generally be. If a call was expected at 10.00, and arrived at 10.02, the subject may well guess it was the friend who's always a bit late to arrive rather than the stickler for timing.

Some scientists believe that techno enabled telepathy will in the future become the primary means of human communication. They've even coined a term for it, "techlepathy". If they're right, one day we may all end up understanding how the Vulcans and the Jedi knights felt!