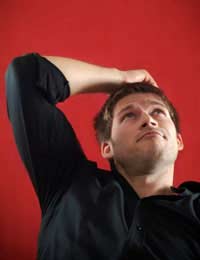 In 2005, a team of Dutch psychologists gave a questionnaire to university students, then offered them a crumbly biscuit snack afterwards. When students were placed in a room with a bucket of water containing lemon scented cleaning fluid, it turned out that they were twice as likely to clean up their biscuits crumbs as students who performed the task in an unscented room.

The students had no conscious idea that the smell of cleaning fluid had primed their subconscious minds and thereby affected their actions.

The conscious mind is what we're aware of – the active thought and decision making process that we're aware of as forming the essence of ourselves. The dictionary definition of subconsciousness is "existing in the mind but not immediately available to consciousness." Psychological research in recent years has uncovered just how strongly this hidden element influences our thought patterns and behaviour, even when we're convinced that we have full conscious control.

Subliminal priming was given a bad name in the scientific community as a result of a well known hoax that occurred in 1957. James Vicary, an advertiser in the US claimed that he had flashed the words "Drink Coke" and "Eat popcorn" onto a movie screen a number of times on the course of the movie. He said that each time, the flashes were for such a short time that no-one could possibly have been consciously aware of them or had time to read the words. But surprise, surprise, he said that sales of coke and popcorn skyrocketed in the interval. A few years later, Vicary admitted that his story had been false, and was itself a publicity stunt.

Subsequent studies of products that claimed subliminal improvement of life skills like self esteem and memory have been disappointing. But recent research, like the Dutch study mentioned earlier has provided a lot of evidence for the power of a phenomenon known as subconscious priming. The catch seems to be that priming only works if you're totally unaware of it. So by definition, your subconscious mind just won't play ball if you try to manipulate it. It's a bit like trying to tickle yourself!

According to psychologists, priming studies show how smells, sounds and sights that we encounter day by day may activate motivations or goals that are already present, and that are appropriate to the circumstances. It's not hypnotism, or seduction. For example, when the students smelled cleaning fluid, they didn't immediately rush off, with an uncontrollable urge to get their hands on a bucket and mop. They were just more likely to carry through on the perfectly natural urge to clean up their own biscuit crumbs.

In this case, the subconsciously motivated act was basically in line with conscious intentions and purposes. Other studies have shown, more disturbingly, how subconscious prejudices that may even be totally abhorrent to our conscious selves, can still lurk beneath the surface.

The Implicit Association Test (IAT) is a psychological tool based on the seemingly obvious, but profound observation that people make connections more quickly between pairs of ideas that our mind already associates together, than between unfamiliar pairs of ideas.

The most famous version of this test is the Race IAT, which starts by asking what your attitude is towards blacks and whites. Then you have to put pictures of black faces into the left category and white faces in the right category. After that, the right category is titled "white or bad", while the left is titled "black or good". Then you have to choose categories for emotive words like "hurt, evil, wonderful, glorious". After that you have to categorise the same words when the category titles are swapped to pair "white or good" and "black or bad." 80% of all the people who've ever taken the test ended up showing pro-white associations.

That means that they find it harder to put the words in the correct category when "white" is paired with "bad" and "black" with "good" than when the reverse is true. This is the case, irrespective of their conscious beliefs and even of their own race.It seems that the silent passenger in our own brains has a mind of its own, which is quite capable of disagreeing with its conscious partner.

Can Emotional Intelligence Really Predict Success?
Share Your Story, Join the Discussion or Seek Advice..
This sounds interesting. I wonder it's ramifications towards addicts. Both for how addiction begins sand can it help in recovery. Have you ever done the simple spell the word SPOT three times then ask them what do they do at a green light. Is that priming or something else.
jojo - 17-Aug-12 @ 2:53 PM
Title:
(never shown)
Firstname:
(never shown)
Surname:
(never shown)
Email:
(never shown)
Nickname:
(shown)
Comment:
Validate: