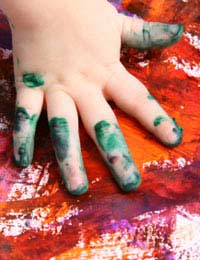 Improving creativity can be an important part of getting better brain skills. But did you know that certain chemicals found in your brain could enhance creativity? Researchers have discovered that humans have creativity chemicals that can make a difference in how well you can think creatively. The catch is that they relate to intelligence too.

A Better Brain for Creativity

The chemical is known as N-acetyl-aspartate. It refers to a substance that is found in your neurons and plays a role in the health of neurons as well as their metabolism. Previous research had looked at how this chemical helped sensory and visual data, plus how it related to intelligence. It was now time to see how it might be linked to creativity.

Researchers looked at a number of participants who had different levels of intelligence. They measured the amount of the chemical in different parts of their brains. Then, they tested the intelligence and looked carefully at a specific kind of intelligence – the ability to perform divergent thinking. This kind of thinking is part of being creative, such as thinking of a new way to perform a daily task.

A person who is participating in divergent thinking will be exploring a variety of ways to do something. For instance, you might be cooking and you are missing an ingredient. You would have to come up with a creative set of ideas in a short amount of time to solve the solution. In divergent thinking, new ideas are generated in a free-flowing manner and surprising connections might be made.

Overall, results showed that the participants had creativity scores that were in line with how much of the chemical was in a specific brain area that plays a part in higher mental functioning. It was also very interesting in that researchers found something quite unusual. When levels of the chemical were low in people of average intelligence, they were highly creative. But in people of high intelligence, the opposite was found.

How the Brain Finds New Ideas

If you think about creativity, many think that you have to let your mind wander quite freely to get a new idea. Scientists think that if there is less of the chemical in a person of average intelligence, they have more freedom to roam and come up with new ideas. But in the very intelligent people, stricter control in the brain can improve creativity. Perhaps they are more likely to have new ideas, so the stricter control lets them narrow down and fine-tune the ideas.

Creativity is drawn from many sources and practising your creativity is an obvious way to improve divergent thinking. But this new research shows that our brains are not all the same. Chemicals for creativity can be present in different amounts and have different effects depending on a person's intelligence.