How Your Memory Works 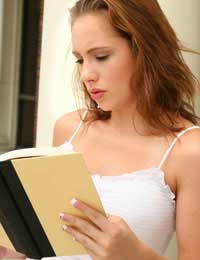 On your first day at a new job you walk into a room full of new people. The next day who are you most likely to remember? Probably your new boss, the man who made you laugh, the woman who asked you something embarrassing and certainly anyone who already yelled at you for doing something wrong!

Memory can be defined as a process of information retention in which our experiences are archived and then recovered when we recall them. Yet human memory is very far from being a neutral recording device. Information retention is incredibly complex and influenced by a multitude of factors, not least the emotional impact of our experiences, as the example above illustrates.

What is Short Term Memory?

STM (short term memory) is the system the brain uses to remember information that's currently in use. Most of us can hold five to nine items in short term memory and tend to forget the middle ones if more are added. It is believed that when our sense receptors (eyes, ears, touch etc.) send nerve messages to our brains, the sensory stimulus forms a very short lived sensory memory. If we pay attention to it for a few seconds, it gets stored in the short term memory, where it can be easily disrupted by other strong or distracting stimuli. If it isn't disturbed, it'll last for up to a minute. Short term memory capacity can be increased by "chunking" whereby information is broken down. The ideal chunk size for letters and numbers is three. So most people remember telephone numbers in 3 digit chunks, with the last four in two groups of two.

PET (positron emission tomography) and MRI (magnetic resonance image) brain scans have shown that the prefrontal cortex, in the forehead area of the brain seems to be critical for this short term memory. Brain injuries in this region often cause short term memory loss.

What is Long Term Memory?

Long term memory (LTM) is an amazing capacity to store information over an extended period, up to a whole lifetime. Implicit, or procedural memory is not dependent on conscious recall, and is mostly used for motor skills like tying shoelaces and riding a bike. Such memories are acquired, often slowly, by repetition and become automatic, with high resistance to change or loss. So you can ride a bike all your life once you've learned, even if you don't go near one for years.

Explicit, or declarative memory concerns conscious recall of facts, like names and dates. We are quick to acquire such memories and quick to lose them. In fact, forgetfulness seems to be a tool the brain uses, whereby only the most relevant and frequently accessed memories are recalled while similar but less used ones are actively suppressed, to avoid confusion and memory overload. When you change your password on your computer, you may find that you mix up old and new at first. But after repetition you develop a stronger memory of the new one, while your brain suppresses the less relevant memory of the old one.

The parts of the brain involved in explicit long term memory are known as the "higher" areas or the forebrain, and include the hippocampus, which is part of the brain's emotion system and is involved in acquisition of new memories. Memories that are strongly charged with emotion are most likely to go into long term memory. If the emotion is positive, they seem to go into a different brain region than the memories where the emotion is negative. Alzheimer's affects the hippocampus first and severely, so new memories often falter first. The more automatic, implicit long term memory is controlled by the hindbrain, the cerebellum and spinal cord. Some creatures, like reptiles have brains consisting almost exclusively of "lower" regions, so most of their mental processing and memories are probably automatic, with minimal if any conscious input.

How Do Brain Cells Remember?

At a neuronal level, changes connected with LTM seem to be permanent, with formation of new synapses (junctions between cells) and protein synthesis, in contrast to STM, where changes are only functional.

A theory that was dismissed as an oversimplification for many years suggested that individual brain cells handle specific concepts. But recent research on epileptics using tiny electrodes implanted in the hippocampal region of the brain actually supports the idea that our brains wire up and fire very specifically for things we see repeatedly. In many people, a specific neuron fired only in response to pictures of the Beatles and another to pictures of Bill Clinton.

There's a plethora of websites and self help books full of techniques for memory improvement. One proven technique that won't cost you a penny is a good night's sleep. Research has shown that we learn things far better after we've slept sufficiently and that sleeping well after learning new information does wonders for fixing the information in your memory.