Home > Health and the Brain > How Blood Sugar Affects Memory 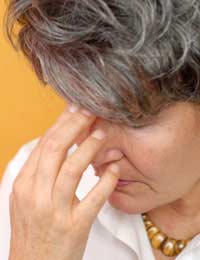 Preserving memory can be a challenge for many of us. While some people always seem to be sharp and have that coveted snapshot memory, others are lucky to remember where they have put their keys. Most of us want a better memory but to start, we need to preserve what we have. This, however, is much easier said than done.

Are there ways to preserve our memory? According to a recent study, researchers have identified one way in which our memory can be degraded. The results shed new light on how glucose regulation changes as we age as well as how people with Type 2 diabetes need to be even more diligent about regulating their blood sugar.

Be Careful With Blood Sugar

Researchers suggest that when your body experiences a spike in blood sugar, your memory can be affected. Yet, how does this occur exactly? It was found that this spike affects a part of the brain called the dentate gyrus. This is contained in the hippocampus, a part of the brain that functions, in part, to aid in memory formation.

To conduct the study, researchers mapped out the brain areas of several hundred elderly participants. They found that higher blood glucose levels were linked to a decreased blood volume in the dentate gyrus.

When they purposefully changed blood sugar levels in mice and monkeys, they were able to confirm their finding from the elderly subjects. The ultimate result is that it's not only the elderly who are impacted by the findings but also those who suffer from diabetes, which is a condition that affects blood sugar regulation.

Other studies that investigated different factors in glucose regulation have found that by getting exercise, glucose regulation is boosted. This means that simply incorporating physical exercise into your daily routine – ideally thirty minutes a day or more – can really make a difference in your glucose regulation, especially as you age.

One study found that even light exercise could help to buffer the problems from memory that are associated with diabetes – specifically Type 2 diabetes. Researchers still aren't yet entirely sure just how this works but believe it relates to the effects of insulin in the body. The new study does lend more credibility to the relationship between diabetes and cognitive functioning though.

Of key importance will be to continue the research to understand the link between glucose regulation and ageing in terms of memory. Given that ageing happens to us all, the results of this kind of research will have significant and far-reaching effects when it comes to preserving our mental faculties.