Home > Health and the Brain > What is Parkinson's Disease?

What is Parkinson's Disease? 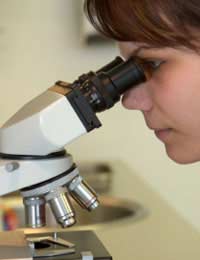 Parkinson's disease is a chronic progressive neurological disorder, caused by degeneration of nerve cells in the area of the brain that controls movement. The main symptoms are tremor, rigidity, slowed movement and impaired balance. There is historical evidence that people suffered from Parkinson's disease 7000 years ago, but it was first formally described in 1817 when a British doctor, James Parkinson published a paper on the "shaking palsy".

In the UK there are about 120,000 patients diagnosed with Parkinson's disease, but the real number may be higher than this. The average age of onset is 60, so early symptoms may be put down to aging, and many people end up waiting, sometimes for years, before consulting a doctor. It's commoner in men than in women, and incidence rises with age. Early onset disease begins before age 50, and is often inherited. A very rare form, known as juvenile parkinsonism, is commonest in Japan, and may strike before age 20.

What Are the Early Symptoms?

Early symptoms are often mild and subtle. There may be a slight tremor in one hand, difficulty in getting up from a sitting position, reduced arm swing on walking, speech may become mumbled, unclear and softer than usual, and handwriting may appear cramped and small. In some people, general feelings of weariness, depression, irritation and insomnia may herald disease onset. Others may find that everyday tasks like shaving, eating and showering take longer than they used to. Sometimes friends or family notice that movements are becoming unsteady, stiff or slow, or range of facial expression is reduced before the patient himself is even aware that anything is wrong.

The early stages may last a long time, but the disease generally progresses, at different rates in different people. Later, when the classic signs appear, it is usually easier to make the diagnosis.

What Are the Primary Symptoms?

There are four classical, characteristic symptoms. Different patients suffer from each of them to differing degrees.

This is the symptom which often causes people to go to the doctor, as it interferes most obviously with day to day life. It may start with slight shaking of just one finger, then go on to affect one or both hands, making it hard to read a book or newspaper, shave or use a knife and fork. A characteristic back and forth rubbing of forefinger and thumb is known as a "pill rolling" tremor. Sometimes a foot, leg, or jaw is affected first. During sleep and intentional movement the tremor usually disappears, and at rest or under stress it usually gets worse.

Every time we move a limb, or other body part, one muscle contracts, while another relaxes. These are called opposing muscles, and their orchestration is something that our brains usually cope with automatically, without our conscious input. In Parkinson's disease, the brain's control of opposing muscle groups is disturbed, leading to rigidity, as muscles remain tense and contracted when they should be relaxed. The patient then feels stiff, weak and aching. When a doctor examines a patient suspected of having Parkinson's disease, a classical test is a type of rotational handshake. If Parkinson's is indeed present, there will be short, jerking, ratchet-like movements called 'cogwheel rigidity".p

Slowing of automatic movements can be very frustrating, as it may take hours to wash and dress. At the same time, many patients develop a characteristic walk, known as "festinant gait", where they lean forwards, and take small, shuffling steps, with reduced arm swinging. Although the small steps themselves may, paradoxically, be rapid, there may be start hesitation, where they find it hard to initiate movement, and leg muscles may suddenly, unexpectedly freeze up. Patients often worry about crossing roads, in case they suddenly freeze up half way across.

Patients can fall easily as the automatic reflexes that keep us upright are affected in some Parkinson's sufferers.

What Other Symptoms May Occur?

Speech may become soft and monotone, which can be particularly problematic in the elderly if a spouse is hard of hearing. Swallowing and chewing may be affected, which can lead to choking or drooling. Bladder and bowel problems can range from incontinence to constipation. Emotional changes may also occur, such as increased irritability and anxiety. Depression is quite common, sometimes appearing early in the disease. Dementia appears sometimes, but only in a small percentage of people with Parkinson's disease.

Parkinson's is chronic (persists over time) and progressive (the symptoms get worse). But the good news is that, unlike many other brain disorders, there are treatments that control the condition, so many people continue to enjoy a good quality of life for many years after the diagnosis. New research directions also promise hope for the future.