Home > Health and the Brain > What is a Stroke?

What is a Stroke? 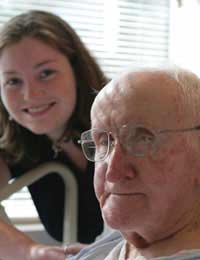 Strokes are the third commonest cause of death and the single most common cause of disability in the UK. They're commonest in the elderly, but can affect young adults, children and even babies.

A Stroke is a Brain Attack

A Stroke is a Medical Emergency

The sooner that a patient with a stroke gets medical help, the better the chances are of recovery. Some treatments can have dramatic effects, but need to be started as soon as possible, to limit the extent of brain cell death. Most people know that it's important to get someone with a heart attack to hospital as soon as possible. In recent years there's been a lot of effort made to improve public recognition that strokes are brain attacks, and as such, are medical emergencies too.

What Are The Symptoms Of Stroke?

When brain cells die, whatever abilities that part of the brain controlled are lost. Abilities affected include movement, speech, memory, sensation, vision and coordination. Common symptoms include sudden onset of:

What Determines the Effects of a Stroke?

How a patient is affected by a stroke depends on which brain area was damaged, how extensive the damage is, and what overall state of health he was in before the stroke. The brain is divided into two halves, with the left brain controlling much of the right side of the body and vice versa. So the side of the body affected in a stroke is often opposite to the side of the brain affected. Language problems are commonest if the left brain is affected, and perceptual and spatial problems are commoner in right brain strokes

Some Risk Factors for Stroke are Out of Your Control

Some Risk Factors For Stroke Can Be Controlled

If you're worried about having a stroke, take heart. 80% of strokes are actually preventable, with the right lifestyle modification and medical care.