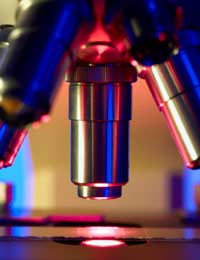 Many people improve brain skills through common methods such as brain training games or even food and exercise. As the need to enhance our brain skills for areas such as career becomes more important, research continues to focus on new ways to get the competitive edge. Also, helping children to learn better in school is just as important.

When most people think about bacteria, they likely think of their body being infected and harmed in some way. Bacteria, however, are vital to life in many ways. Our bodies have numerous beneficial bacteria necessary for health and vitality. In addition, we are now discovering that bacteria in the environment could be similarly helpful.

How the Environment Can Help

Perhaps surprisingly, the answer to better brain skills may just be in your garden. A recent study discovered that through exposure to a specific kind of bacteria in your environment, your learning behaviour could be enhanced. This kind of bacteria is thought to have helpful antidepressant attributes that play a part in brain skills.

When you spend time outdoors in nature, you breathe in more than just air. You are also ingesting or breathing in types of bacteria such as mycobacterium vaccae. In fact, older studies found that when bacteria previously killed by heat were injected into mice, the mice experienced better growth of neurons.

These brain neurons led to more serotonin and less anxiety. After seeing these study results, researchers began to wonder if the bacteria could help learning, since serotonin also plays a part in learning.

Serotonin is a hormone found naturally in the brain and a few other parts of the body. It helps to control certain activities in your body. It is a neurotransmitter, which means that it is really important in bodily activities such as learning, mood and sleep.

If a person’s serotonin levels aren’t normal, this can affect their ability to learn as well as their mood. There is a great deal of discussion around elevating serotonin levels to help enhance mood and learning.

Some medications today such as antidepressants work to raise levels of serotonin to improve symptoms of depression and enhance a person’s mood. Other ongoing studies into serotonin continue to look at its role in learning and memory.

To find out if the bacteria could help brain skills, researchers first tested their theory on mice. They used live bacteria, which they fed to the mice. Then, they looked at the ability of mice to find their way through a maze. They compared the results of these mice to other mice that did not get exposure to the bacteria.

Researchers also conducted another experiment. They took the bacteria out of the diet of the mice that had been receiving it. Then, they tested the mice again to see how well they could navigate the same maze. They found that these mice were much slower at getting through the maze compared to when they were fed the bacteria. They were, however, still faster overall than the mice that were never fed the bacteria.

To go even further, researchers decided to see how a break of three weeks from the bacteria would impact brain skills. Their hope was that the results on learning would be lasting ones. During this test, they found that the mice that had previously consumed the bacteria did still get through the maze faster than the other ones. Yet, this result wasn’t big enough to be considered of statistical significance.

The next stop is to consider how the bacteria may affect human learning and behaviour. In particular, researchers are very keen to find out how the bacteria could help children. Since it’s well known that children tend to play outdoors during breaks at school, this could provide bacteria exposure that helps them learn new tasks better and with less anxiety.

There are many ways to improve brain skills. While most studies have looked at approaches such as brain training games, this new study on bacteria and learning is one of the first of its kind. It is too soon to say if the results on mice will be exactly the same on humans, but thus far it looks promising.
Next Page